It’s no surprise that coffee so widely drinks throughout worldwide. Those who don’t have a cup of coffee in the morning are likely to have an unproductive day. As a mental and physical stimulant, it keeps you attentive.

But what will you do if your usual morning pick-me-up hasn’t been working out lately? If coffee isn’t enough to keep you awake, what else can you do? You might drink it to increase your attentiveness and sharpness, but you soon realize that it doesn’t work anymore.

You may ask yourself, “Why doesn’t coffee wake me up?” We’ll look at some of the possible reasons why coffee isn’t working for you anymore in this article. We’ll also give you a few pointers on how to get the most out of your beverage.

While researching, I came across some fascinating and relevant facts, which I’ll summarize in this essay. To understand why you don’t wake up or stay awake after a cup of Joe, read on.

Let’s get began with some tricks and tips that you might discover beneficial.

Why Do People Say Coffee Energizes Them?

Like me, many people desire their first cup of coffee of the day, whether it be the latest Jura coffee machine or Krups coffee machine.

If you’ve concluded that caffeine doesn’t affect you, I can tell you that it may be a short-lived phenomenon, as it was for me. There are a few possible explanations for this, and we’ll take a look at them.

To explain why coffee doesn’t wake you up, here are some reasons:

Tolerance to coffee has a direct impact on people’s personalities. Caffeine’s arousal impact diminishes with time as the body adapts to the stimulant. When you drink a lot of coffee, your body adapts to it.

Coffee contains caffeine, which is the key ingredient that helps you wake up. It works as an adenosine receptor antagonist. Adenosine is a sleep-inducing inhibitory neurotransmitter that lowers alertness. Adenosine levels grow with each hour of wakefulness and fall with each hour of sleep.

The body will eventually begin producing its own to compensate for the overproduction of adenosine receptors caused by the regular use of caffeine-containing beverages like coffee, tea, or energy drinks.

This signifies that you’ve developed a tolerance to caffeine, and you’ll need to consume more coffee to get the same jolt of energy. This is among the most typical reasons why you no longer feel the effects of coffee.

To put it another way, coffee doesn’t wake you up since you’re not sensitive to its active component. Caffeine is broken down by an enzyme whose activity varies from person to person depending on genetics.

Caffeine metabolism is different for everyone. Some people are quick to metabolize caffeine, while others have a slower metabolism. You might not always feel the full benefits of caffeine if you are genetically prone to metabolize the molecules quickly. This also indicates that you have a low tolerance for caffeine.

For the sake of your health, you may drink more coffee without suffering the negative effects associated with excessive caffeine consumption if your body metabolizes caffeine quickly. Such a complication might lead to hypertension.

Caffeine metabolism is influenced not just by your genes but also by your weight, smoking, and taking any medications, like contraceptives.

Several environmental and personal factors influence how long caffeine remains in your body. It might be anything from 1.5 to 9.5 hours long, as shown by this research.

You can face a sugar crash if you drink your coffee with whipped cream, sugar, or other sugary syrups and sauces frequently used at major coffee chains.

Sugary condiments raise your blood sugar quickly, and the accompanying drop in blood sugar levels might help you feel sleepy and tired.

Sugar is absorbed more quickly than caffeine. Thus it may overshadow the stimulating benefits of a cup of coffee. Because of this, you could think that a cup of coffee isn’t waking you up.

If you consume more coffee than water, you may be at risk for dehydration. A diuretic is a substance that causes the body to lose more fluid than it needs. So instead of a cup of coffee, drink at least eight glasses of water to rehydrate your body!

This essentially indicates that drinking caffeinated beverages regularly will not dehydrate you more than you currently are. Many individuals neglect to drink water during the day and instead rely on coffee as a substitute.

Although if you have a high-paced lifestyle, remember to drink enough water. When you’re dehydrated, your blood pressure drops, and you feel tired all the time. Even after a cup of coffee, you may still feel exhausted.

There are primarily two varieties of coffee to be found on the market. As a reminder, that coffee beans are used to make coffee. In terms of commercial coffee, Arabica and Robusta are the two most often used types.

Arabica coffee is known for its great quality. It’s said to have a more pleasant and nuanced flavor than other coffees, according to consumers.

By switching to single-origin Arabica beans, the same volume of coffee may not have the same impact on you anymore than it used to.

You may be claiming, “Caffeine makes me sleepy” because you need to take a nap instead of drinking more coffee! Those who work long hours, stay up late to complete a project, or suffer from insomnia may believe that drinking coffee makes them even more tired.

They’ve probably passed the point when even the strongest cup of coffee won’t keep them up. Instead of a cup of coffee, they need asleep.

Because adenosine levels build throughout the day, you feel very tired at night because they’ve already entrenched themselves in your receptors.

The caffeine in your coffee won’t compete with them, and you may not get the intended impact from taking them. Because of this, you may find that coffee fails to wake you up.

Caffeine is found in sodas, energy drinks, and many sports beverages. It’s fairly uncommon for these beverages, not to mention the amount of caffeine they contain.

You may not be aware that your preferred energy drink gradually increases your tolerance to caffeine if you don’t check the instructions.

Reduce the number of energy drinks you take to combat this. All of the beverages you eat should be checked for caffeine content on the packaging.

Even though it is obvious that a cup of coffee will keep you awake, it is not a miraculous drink. If you don’t get enough sleep, the coffee won’t do you any good.

﻿ There is a limit on how much this beverage can help you, no matter how many times you consume it.

For example, it is advised not to drink any coffee for those having trouble sleeping after three days. At this point, all you need to do is go to sleep.

Check Also: Why Does Coffee Make You Dizzy

Alternatives ways to Wake up When Coffee Isn’t Working

In the morning, do you need anything to wake you up and give you energy? If coffee isn’t your style, here are some more options that are just as excellent as coffee:

Our top recommendations include:

Using these seven options is certain to provide you with the energy you need for the rest of the day!

What are the effects of coffee on my sleep quality?

Coffee is a stimulant that can affect your sleep quality. It can increase the time it takes for you to fall asleep and cause you to wake up more often during the night. If you are struggling with insomnia, be sure to consult with your doctor before making any changes to your diet or lifestyle.

Coffee is one of the most popular drinks in the world. It is also one of the most widely enjoyed beverages. It is interesting to note that coffee has been around for centuries, and it has even been used as a stimulant and medicine. Despite its popularity, coffee is not without its critics. Some people believe that coffee can be addictive.

A few factors can contribute to whether or not coffee can be addictive. For example, caffeine is a stimulant and it can increase energy levels and focus in some people.

Additionally, some people find that they need more caffeine to achieve the same level of satisfaction as others.

Overall, there may be some correlation between being addicted to coffee and being susceptible to its psychoactive effects. However, further research is needed before any definitive conclusions can be drawn.

Is coffee bad for you?

Coffee is a popular beverage enjoyed by many people around the world. It has been traditionally known to provide energy and help people wake up in the morning. However, coffee is not without its risks. Some people believe that coffee can be bad for your health, especially if you are sensitive to caffeine.

There are a few things to keep in mind when it comes to drinking coffee.

First of all, make sure that you are drinking enough water while you are consuming coffee. Too much caffeine can dehydrate you and lead to some unpleasant side effects like headaches and trouble sleeping.

Secondly, be aware of the types of coffee that you’re drinking. Some coffees have more caffeine than others and may be more harmful for your health if consumed in large amounts.

Finally, always use caution when cooking with ground coffee as it may contain chemicals that could be harmful if ingested.

If you no longer experience the stimulating effects of coffee, you have likely built up a tolerance to coffee. Caffeine tolerance can be reversed by reducing caffeine intake over some time.

Slowly reduce your coffee intake or eliminate it from your life. If you choose the latter, expect withdrawal symptoms in the first week, you’ll be tired, angry, and distracted.

It is a good sign if you can make it through the week without succumbing to temptation. Once you have your coffee rhythm back, it’s a good idea not to slide back into old habits.

Begin by taking modest amounts each day until you see a noticeable difference in how you feel. You can get all of the health advantages of coffee if you drink it in moderation.

Hi I am Shimla Akter and I am the proud owner of sipyet.com.

I am a Beverage lover and I have created this site to express my joy and love towards Beverages.

I will also review some of the best Beverages products that you will find really useful in your everyday life. 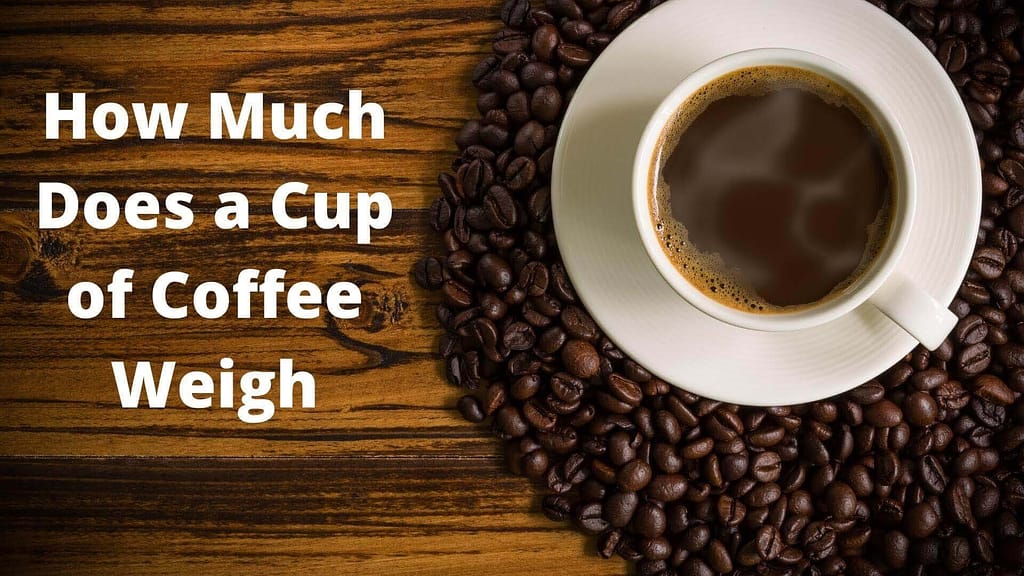 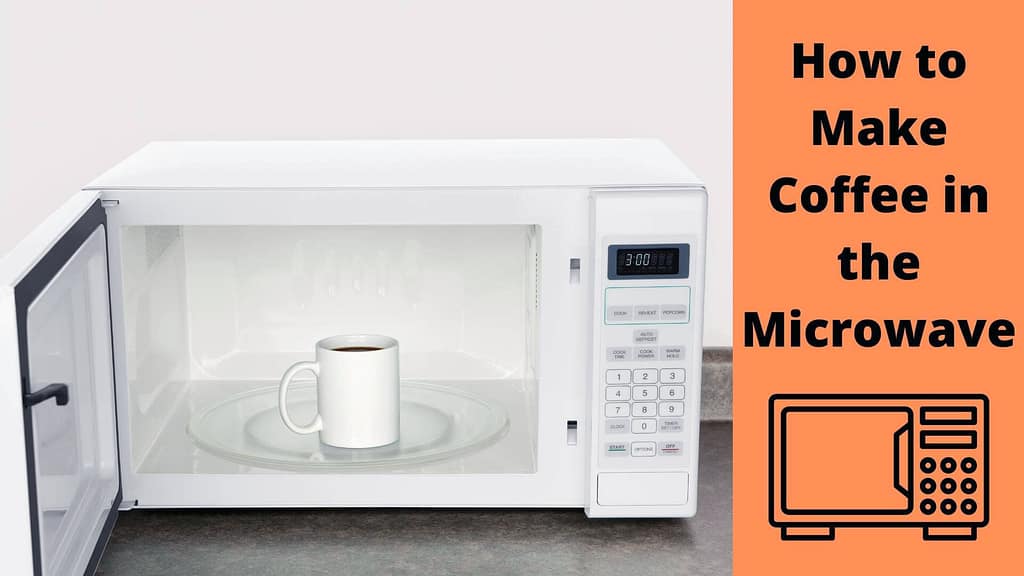 At sipyet.com we’re committed to providing you with objective Coffee/Tea/Cold-Drinks reviews and informative articles to help you learn more about Those.

As an Amazon Associate, We earn from qualifying purchases.

How Many Amps Does a Coffee Maker Use? We’ve Got The Answer!

Can You Pour Hot Water Into Coffee Maker? Here’s How!

How to Grind Coffee in a Burr Grinder Easily & Effectively!